This week I got a request to give another presentation at an international forum. The event was titled Carrier Ethernet World, which is the official conference of the Metro Ethernet Forum. It took place in Hong Kong from 1-3 December 2010. 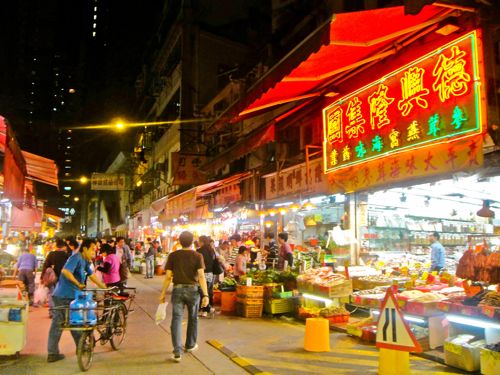 Carrier Ethernet is a family of network technology, developed for telecommunication operators and Internet providers to transport higher bandwidth traffic. Since the network convergence implemented more than 10 years ago, various information networks (telephony, data communication, media and TV) have switched to IP. At the user level, Ethernet (IEEE 802.3 family of standards) has become general standard for wired communications networks. At the carrier level, it is considered more effective to deploy the networks that are high-speed packet-based; instead of the old TDM systems (such as SDH / SONET and ATM). Some examples include MPLS and CET. And beyond the core network, we should also talk about access network, the Metro Ethernet network.

The conference presents major forerunners in this technology. Its main sponsor are Juniper — which is known as an old player in the field of high-speed packet data transport, Alcatel-Lucent and Ericsson. So of course I was not expected to compete with them telling those cutting-edge technology developments.

I delivered my on the afternoon session of the First Day. It was at the stream A, which discusses innovation. My presentation was directed to discuss innovations that will support business development and the technology of Carrier Ethernet, including the regulatory side. Imagine how many layers I should dig.

I started with simple things: introducing the telematics world in Indonesia, the user-centric approach to system architecture, the comparison between the vertical architecture and the horizontal one. Since we are still in migration period, the transition between the architectures has not found the final form. Then I compare several schemes, including the SDP, and how various types of applications (network-domains, IT-domain, Internet 2.0) will be placed in it. With NGN fortified with SDP, the network is expected to be a platform not only to meet the necessity of information infrastructure, but also as the platform for developing technology, application, content, and the business in those fields. These things are aggressively growing in Indonesia. Approach to the regulator, thus, should not start from the classical things like tariffs, and the easily biased desire for liberalization; but instead about common interest to foster the economic development of the digital ecosystem, which includes innovation, production, commercialisation, and lifestyle. It would create the contexts to develop NGN with a more optimal architecture. After my presentation, I was asked to be involved in a panel session. Here, we discussed widely about the projected necessities of innovations in the next 5 years, related to the opportunities of business development and network expansion. There were quite a lot of interests here about the ideas of Indonesia. I did not feel in vain to come to Hong Kong then :).

This was, however, my premier visit to Hong Kong. But last July I gave another presentation in 4G (Mobile) International Forum in Taipei. Enchanting that I could convey ideas in two major forums in both wired and wireless technology. Weird, wired, and wireless :). Hong Kong greeted me with a comfortable weather for walks. Hilly landscape with a fairly spectacular views, contrasted with the strait, bay, seaside, and skyscrapers. Unluckily, an unending thin fog made it difficult to take landscape photographs.