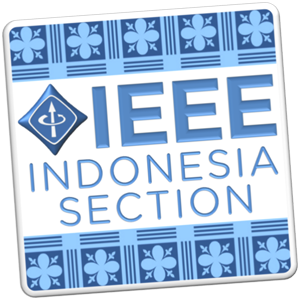 The year 2012 almost ruthlessly enforced to work hard without leaving time to spare. April is like its peak. I have to prepare at least two new products, do some administrative affairs, and other things. But there’s still time devoted for the IEEE.

IEEE COMNETSAT and IEEE CYBERNETICSCOM are now in the phase of paper reviewing, after paper submission had been closed on 15 April. I have contacted all the COMNETSAT’s Track Chairs, and they had begun to contact the reviewers. In early May, all the paper should have got status of acceptance into the conference. COMNETSAT and CYBERNETICSCOM are the first two conferences established by IEEE Indonesia Section. Previous conferences, including the TENCON 2011 last November, were sometimes hosted and organised by IEEE Indonesia Section; but they belong to the IEEE (centre), one or more of of its Societies, or Region. Anyway, both these conferences has obtained Letter of Acquisition from the IEEE, and thus have the status as IEEE Conferences.

Last week (14 April), IEEE Indonesia Section held a Public Lecture on Small Cell. This lecture took place at GSD ITTelkom, Dayeuhkolot, Bandung. The main speakers were Arief Hamdani who presented the introduction of the Small Cell, which was formerly known as Femtocell. Anto Sihombing then continued to provide some updates from Small Cell Forum that he attended last March in Taipei. Then I gave a little extra on Cognitive Radio, which will somehow closely link to the use of spectrum within the framework of Small Cell.

My slide for Cognitive Radio lecture:

The next Saturday (April 21), the IEEE Indonesia Section in cooperation with IEEE Women in Engineering carried out a joint activity to commemorate Kartini Day, which was the IEEE Tutorial Series on Advancing Technology for Humanity, at the Orchid Auditorium Campus, University of Bina Nusantara. Ms Nelly, the Vice Rector of the University of Bina Nusantara commenced the programme; then I spent 5 minutes as the Vice Chair of the IEEE Indonesia Section to welcome the participants. However, all materials were presented by the women-engineers, with styles that show the strength of women engineers in Indonesia:

After lunch break, in the same place, the IEEE Indonesia Section and IEEE Comsoc Indonesia Chapter held an IEEE Tutorial Series on Cloud & Ubiquitous Computing. Speakers on this afternoon sessions:

My slide for Ubiquitous Computing lecture:

After the lecture, we went up to 8th floor, to attend the first Officer Meeting of the IEEE Indonesia Section of the year 2012. This meeting was attended by the Advisory Board, the Executive Committee, the Activity Committee, and representatives from Chapters (Comsoc, MTT / AP) and Student Branches (UI, ITTelkom). We discussed the 2012 work program, plus a plan to amend the Bylaws that have been aged — it almost 25 years old.